Some interesting insights from the MP3 'Dark Realms' - Understanding Evil

Wendy: Okay Red, the topic today is the Dark Realms.

Red: Hmmm. That’s a hard topic isn’t it? Many upon your earth plane are quite afraid to explore these topics, and I commend you on your bravery for bringing this forward.

Wendy: Good. I think we need to know about it so that we can heal it…within ourselves and within our communities.

Red: Yes, I believe your societies have shown this. As long as something is kept in denial it is able to spread and fester. When things are brought to the open there is an opportunity of healing. And I believe you see much of that currently going on upon your earth plane don’t you?

Wendy: So we’ll be straightforward, what is evil and what is its origin?

Red: In the previous discussion, “the Origins of the Universe” [Ed. CD “The Origins of the Universe: How it all Began and Why; Stars and Black Holes; Planets and Galaxies; and, Other Universes”] we spoke about how the intention of this universe was exploration with a joyous feeling to it. A “what if”, “what can we create”? This opened a lot of possibilities to be brought into manifestation in this universe.

So you could look at energies coming into this universe that needed to be sorted. What fits within the frequency and vibration here and what does not fit?

Sue: Does evil have consciousness?

Red: Yes it does. And I know this is contrary to what many would like to believe, but again, the gift that you have on the earth plane here is the ability to see energy made manifest. And you can witness in so many places upon your earth plane conscious intention to do harm is present. Yes, harm can be done through misunderstandings and through twisting of light, but you also can be aware that much harm happens upon your earth plane with full conscious intention. And you also can see how this energy streams through into actuality through so many places upon the earth plane.

Wendy: So its only purpose is destruction and pain?

You have belief systems on the earth plane that everything must have a place and a purpose. And you would really like the universe to be organized according to that. But there’s more to it than that. When these energies streamed into this universe it streamed in on the doubts and the fears and became manifested here as a “stop”, as a slowing down. On the fear of the fast forward movement of light came streams of energy that do not like the light.

A way to comprehend it would be to understand most of you on the earth plane are beings of light. You are children of the Creator. You have joyousness in expression and creativity. And a longing and a yearning to further create and go forward.

Imagine yourselves as beings of light expressing, finding yourself in a universe that is retracting, a universe that does not allow the flow of colour, or sound, or movement. Imagine being in a universe that would be like four concrete walls and a concrete ceiling and floor where no light can come in and nothing can grow. You would find yourselves pushing against those walls trying to break down those walls, doing anything to get yourselves out of such an environment because it would be so foreign to beings of expanding light to be in a place of such stillness and darkness and coldness.

But the being that belongs in such a place of stillness feels the same way being in an expanding universe of light. It’s a sense of wanting to stop the light, stop the movement, stop the flow, hold everything absolutely still. And the intention of some of this energy is to do just that in this universe. And you can see that manifested on your earth plane, with energy that runs through so many people that wishes to shut down joyous expression. Is it its purpose? Not purpose, no. But is it its nature? Yes, it is its nature.

Expression of what you call evil has intention to shut down light. And that is its nature, not its purpose.

But yet, a child can be born into love and can experience love and joy. It doesn’t mean the child doesn’t have to feel the struggle of learning to walk or feel the struggle of learning to understand. But the struggle is not evil. Evil is something different. That child does not need to experience evil to know goodness. A child can know goodness because their inherent being is coming from goodness. And that is the true expression that all who are of the light wish to be in on your earth plane.

won’t have struggles. Growth requires struggle. The seed must pierce the shell to emerge as a sprout. Things require movement and effort to create itself into being.

But evil is something different. Evil is that which would chop the sprout off. And that, I think you could do without.

Sue: Red, how does the energy manifest on the earth plane, and does it have a personality?

You won’t see this energy streaming naturally through the creatures of the earth plane. Oh yes, they have their patterns and some of the patterns may appear to you to be quite horrible. But these are patterns that have been imposed upon the earth plane that many creatures find themselves flowing into. For this energy to flow into the earth plane it must come through you, you two-leggeds, you manifested beings. And you must have within yourselves an opening for this frequency to come through. And indeed, your societies that most of you are living in here who are listening to these words have a lot of openings for this energy to come through, indeed.

We can get into the specifics of that a little bit later, but now for the second part of your question, “does it have personality”?

We also spoke in our recording on “The Origins of the Universe” [referred to above] about how different starlight frequencies stream to the earth plane and how energies follow those streamlines. These are different ways of saying the same thing. And this is what creates personality expression of energy form on the earth itself.

So you could look at the different expressions of what you call evil and how they manifest here, in categories if you wish.

One category you could think of as the “bloodlust” energy, the “frenzy” energy that can be stirred up in crowds of people. You can see this energy is really similar in frequency, and delight in creating pain and delight in creating chaos. This is the energy that can overtake a whole crowd, you know, and can create that crowd insanity that happens where whole groups of people go berserk and they allow their own personal rage and frustration to be acted out upon their neighbours. This is where that mob mentality can take over entire groups of people.

Think of it as that “frenzy” energy, “bloodlust frenzy” energy that is looking for openings to flow through on the earth plane. This can be found in places where people have been repressed, where there is undercurrent buildup of rage and resentment, and this energy can find openings there and can flow through quite easily once those openings are made.

We are finding that there are openings in groups of people who have allowed themselves to be pulled into the realms through the drug lords, where openings in their brain are made through the use of different chemical drugs. We find that these energies can take a collective or a group form through openings like that. Openings of fear when groups of people are suppressed to a place that they don’t believe that they are going to live, and it can come and flow through that.

Check out the mp3 Dark Realms for much more on the subject of Understanding Evil!

Some interesting insights from the MP3 'Dark Realms' - Understanding Evil

Disclaimer:  The information, including but not limited to, text, graphics, images and other material contained on this website are for informational purposes only. It is not intended to be a substitute for professional medical advice, diagnosis or treatment. Always seek the advice of your physician or other qualified health care provider with any questions you may have regarding a medical condition or treatment and before undertaking a new health care regimen.

The owner of these written materials makes no claims as to the accuracy or completeness of any of the information, including any links. The owner/owners will not be liable for any errors or omissions in this information. 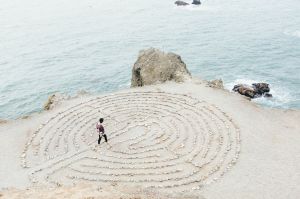 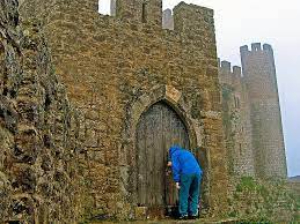 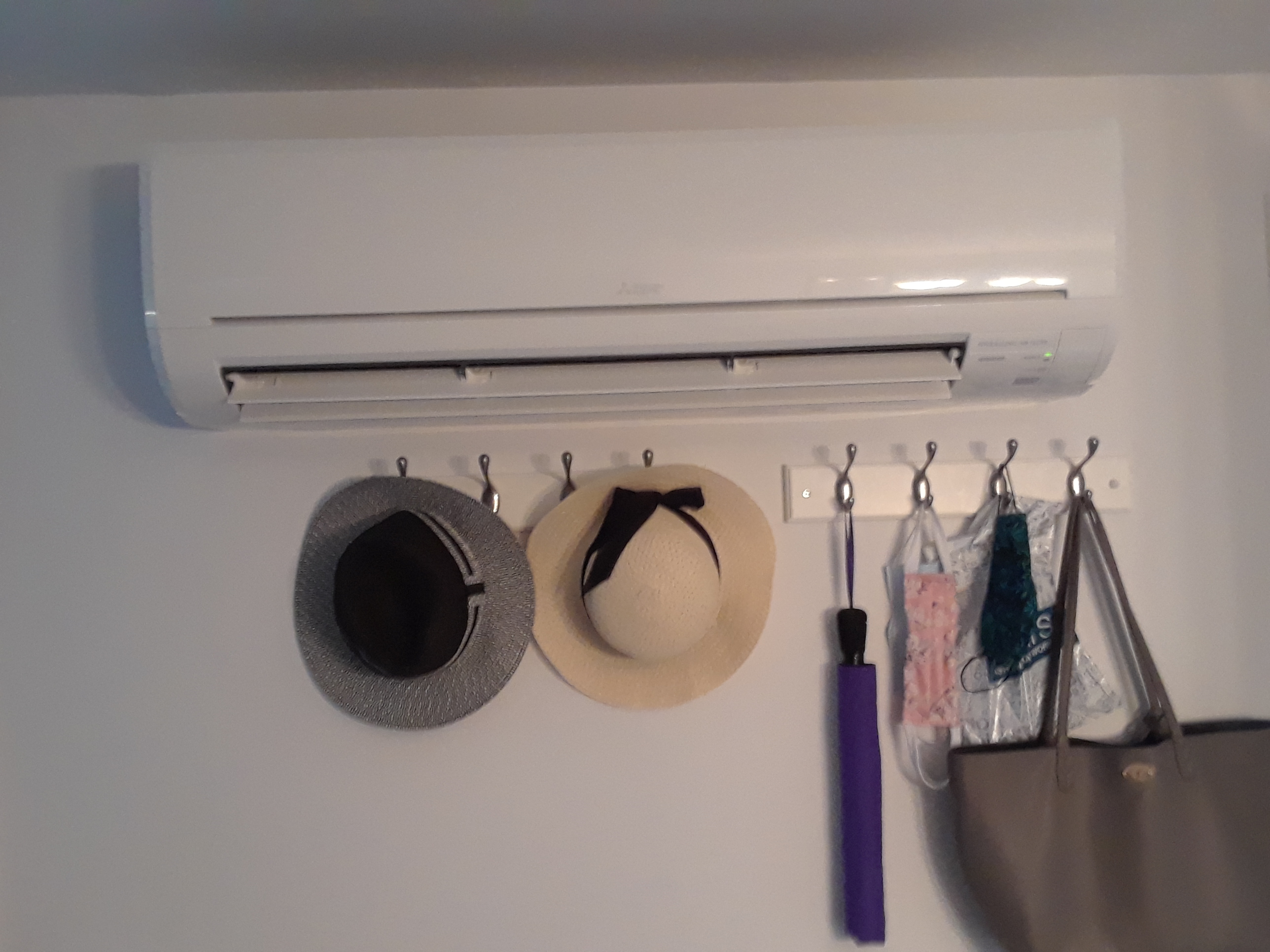 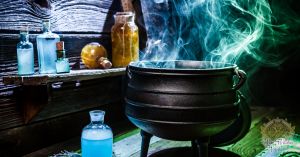 How this Herbalist works? 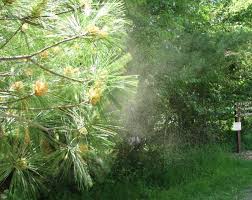