Channeling with The Council of Elders

Between The Worlds by Johannus Boots 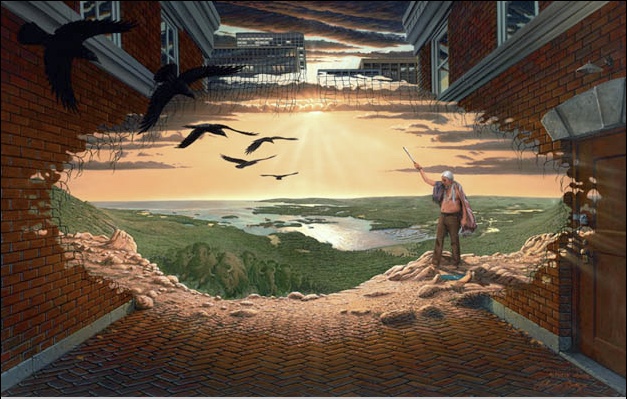 I channel the Council of Elders, a collective of beings whose voice through my service is a soul known affectionately as Red. They have provided guidance and assistance to humankind for tens of thousands of years and continue to bring fresh insights and understandings as we expand our awareness into the next evolution of humanity.

The Council has assisted thousands of people today on their life paths, providing invaluable insights and understandings to those of us who have had the privilege of their mentorship.

What happens in an appointment?

My journey began in my early twenties when my personal guides asked if I would work with the Council. I had established a solid relationship with them during my childhood, and those unseen realms have just been part of my life.

At first, I said no. Channelers have had a rough go historically, and I did not want a difficult life, being Mom to two daughters with daughters three and four coming soon! I was promised support and mentorship as needed, and I reluctantly agreed. I studied and trained for over ten years, practicing achieving deeper and deeper levels of trance state as I learned to trust and receive.

Personal confidence and a deeper understanding of how physiology and spirit intertwine deepened as time and experience grew.

By my mid-thirties, I was ready to begin my new job as a channeler for the Council.

A few years after I began channelling the Council, Wendolyn Murdoch came into my life. She became a business partner in Here On Earth, and has been instrumental in bringing the Council of Elders work to you!  It has been a whirlwind of deepening and expanding ever since.

I am really proud of my work with them and grateful for the support and assistance that has manifested throughout my life. This support has enabled me to dedicate my time here to bringing through their work. If you want to read more about the Council, go to their page!

If you are curious about how the process works, these videos below are an excellent beginning.
Whereas the Council's work is timeless, Wendolyn and I are not! We look much younger in the videos than we do now in our Cronehood! LOL

Personal sessions with the Council are available

if you can't find your answers in the teachings they have already contributed through books and recordings.

You can also set up group sessions for your book club, organization, friendship circle or spiritual group.

See below for information on setting that up.

I offer a few channeling times for in-person sessions as available. I also work with the Council teachings in all my personal sessions and Tarot as well, but for those who wish to speak with Red one-on-one, here are the deets!

A channeling session begins with a prayer of dedication & intention.

I am then “counted backwards” until the state of connection is made with the Council, allowing their essence to transmit through. I am in a “sleep state” during these transmissions, as my body and voice are overshadowed by Red’s ancient personality. If you watch the videos above you will get a sense of what that looks like.

It is a good idea to spend some time writing down the questions you wish to cover in your session as this helps you to organize your time with the Elders to your best advantage.  There are no right or wrong questions, anything that is important to you is treated with respect & compassion.

The possible topics can cover your everyday life, personal soul history & life purpose, or can extend to world events and all the way out into the cosmos.  Practical, applicable & life changing counsel is offered with a loving compassion that empowers each of us to be living our best life.

When this pandemic is over, you can come in person to our beautiful Mongolian yurt on Deva Gardens near Norwood Ontario

or book a telephone session for those abroad. Phone sessions are all that are available for everyone during these Pandemic times!

I am easiest to reach through e-mail at krow@hereonearth.ca

Please contact me to set up a time for you or if you have further questions.

Sessions are recorded as a courtesy, but you are welcome to record for yourself as well. 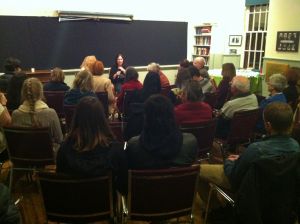 We offer Group sessions for you and your interest group in person once safe, and for now and for those far away,  through skype or zoom!

Cost is $300 for a one hour ZOOM session and you can set this up in your own home or organizational space using zoom and a television screen for an intimate evening with The Council.

Do this through ZOOM from your individual homes during COVID times when getting together is not a good idea. 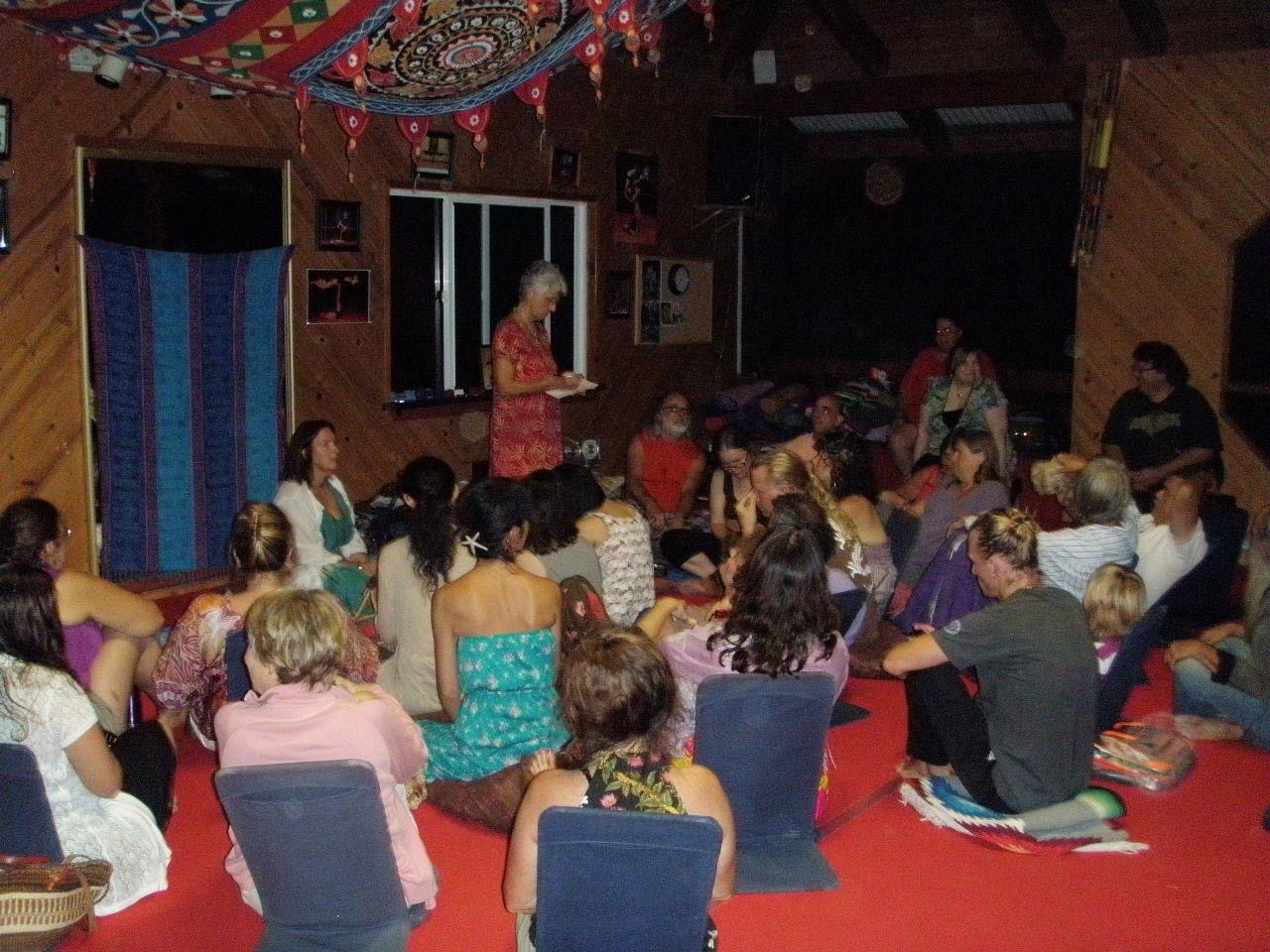 Contact us if you are interested in hosting one of these sessions and bring The Council's Wisdom to your group!  You can choose the topic, or host an open question night and let your guests ask questions!

It is good to have a theme chosen, it keeps people's questions a little more cohesive. 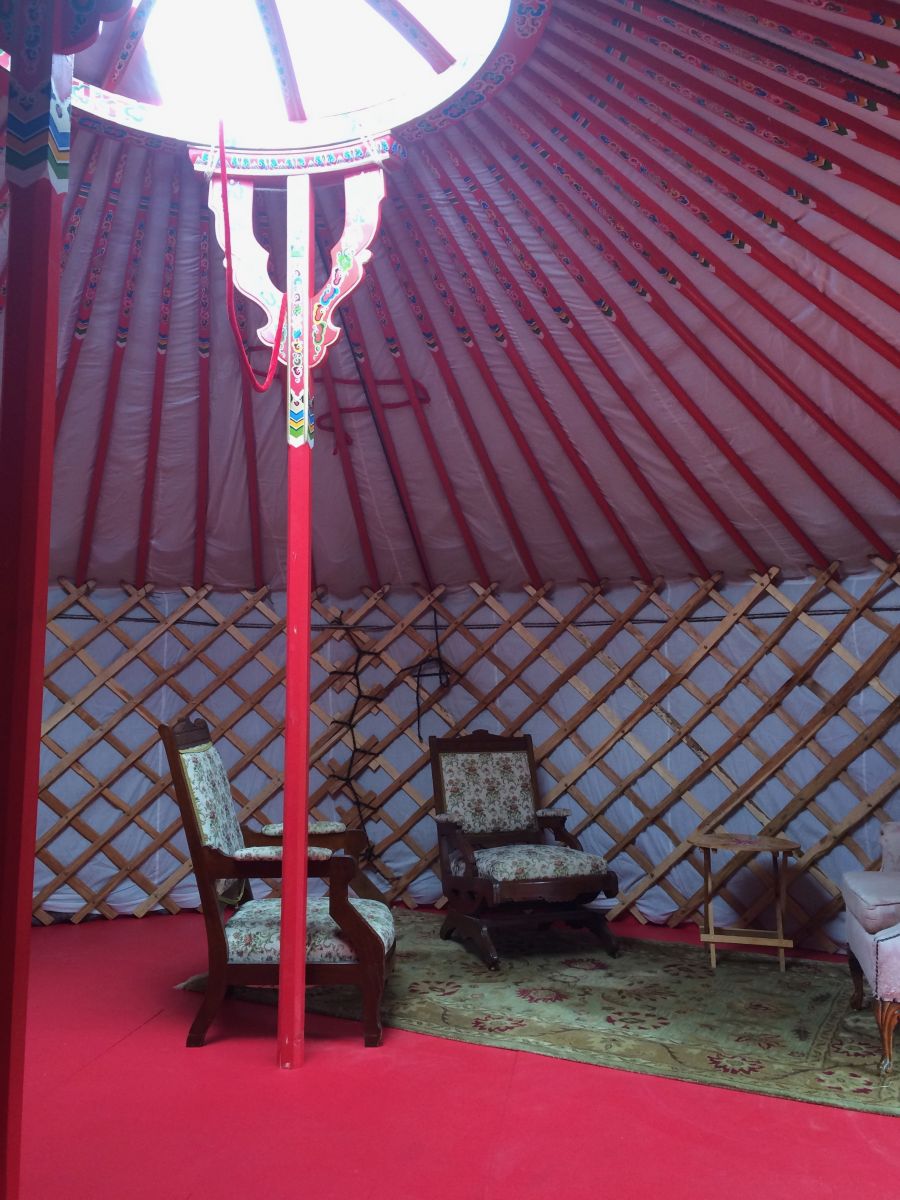 Some stories over the years with Red

Back in the late 1990s, a woman came over from England, representing The Spiritualist Church of England. On her travels through Canada, she stopped by Ontario, and I was invited out to an estate on Lake Ontario to meet with her. It felt like a command performance for the Queen.

As we strolled the beautiful gardens, she asked many questions about my work and how I got involved in channelling. Then, as we came up towards a bench overlooking the lake, she said, "Come on then, show me your work."

It was a private estate, and no one was around, so I did as I was told. Taking a seat on the bench, I asked my friend who had introduced us to count me out.

I don't know how long they chatted, but when I was brought back out of the trance, she told me, and I quote, "I know the fellow you work with. I've known him since I was a child. He used to channel through my aunt, Estelle Roberts!"

That was the first I'd heard of this medium.
Once the Internet was established (remember this was back in the 90s), I looked her up.

It seems Red had channelled under the name Red Cloud and had been doing public channelings all during the second world war.

There is plenty of information about Estelle Roberts; she is all over the Internet with her autobiographies 50 Years a Medium and Red Cloud Speaks.

Flash forward 20 years later, where I met another elder from England who, after her first channelling, told me that her father used to go to listen to Red when she was a child, and she had accompanied him sometimes.

She told me stories of how her father and a group of other spiritualists would attend sessions with Estelle Roberts and three or four other mediums who were bringing through information to aid the war effort. She said, 'some high ups with the government and military were present'!

As well, they brought through interesting information and confirmation of life after death.

She has bequeathed me the spirit paintings that she inherited from the energies which were channelling through that particular group of mediums.

You can find a lot about Estelle Roberts's work on the Internet, although, of course, you have to sift through all the naysayers on her Wikipedia page. The mainstream reality does not respect mediums. That's for sure!

For me, it was fascinating to meet people who had spoken with him as children, meeting him again now through a different channeler.

I also met another medium in Hawaii who channelled the Council, her main 'spokes spirit' was one of the grandmothers, Maya. It was an exciting experience, as we shared sessions with each other. We also both channelled for a group session, and as she went into a trance, I could not stay present. It took a lot of willpower to not go right into a trance, and I noticed my mouth forming the words as she spoke them. She reported having the same experience when it was my turn to 'go under.' There was an immediate bond of love between us, making us both cry.

Another time a friend brought his elderly mother to visit, and Red brought through the Spirit that she, a retired medium, had channelled in her younger years. There were tears all around. I would love a younger medium to allow me a visit with Red once I retire, sometime in my 100's!

These unique experiences were lovely to be part of. Not your everyday happenings!

If you want More of The Council, Check out some of these recorded teachings! Keep Scrolling!

The Council has brought us many brilliant teachings over the 40 years I have been channelling them.

Check out the digital teaching series available in the library.

Weavers of Light, A Channeled Book of Knowledge for our Changing Times, truly is a manual on conscious living. Many people use the book as a divination tool, opening it to reveal the lesson of the day. Others have been using it as a roadmap through these intense years. Weavers can be found on this site's shop as an epub digital download, or you can find a hard copy through Amazon.com

Other teachings & observations from the Council can be found on our sister site, onbeinghuman.ca, where the Council offer their monthly commentaries on worldly happenings, support through rough patches, and always, with their humour and profound wisdom. 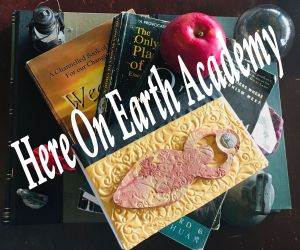 Courses by the Council are based on their work are available on our Here On Earth Academy.

They have given us so much material to work with, we could keep building courses for the rest of our lives!

My Karma course, Healing our Ancestral wounds is based upon four of their wisdom recordings. The Council also have one of their own courses we are helping them with, debunking some of our obsolete or dysfunctional belief systems.

blogtalkradio.com/hereonearth.  A whole series of interesting broadcasts can be listened to on Blogtalkradio where we hosted live and pre-recorded radio shows over the decades with Red and The Council. There are some really good ones on the playlist from years gone by. Life After Life and What Happens in Between, Ancient Mystery Schools, and Navigating Rough Waters is so very relevant these days!

We've got some videos up on Youtube to watch, Join our station! 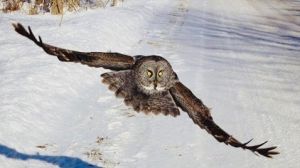